WHAT IS A COLONOSCOPY?

WHY DO I NEED A COLONOSCOPY?

PREPARING FOR A COLONOSCOPY

WHAT HAPPENS DURING THE PROCEDURE?

WHAT ARE THE FINDINGS AT COLONOSCOPY?

CHOOSING YOUR CONSULTANT AND LOCATION 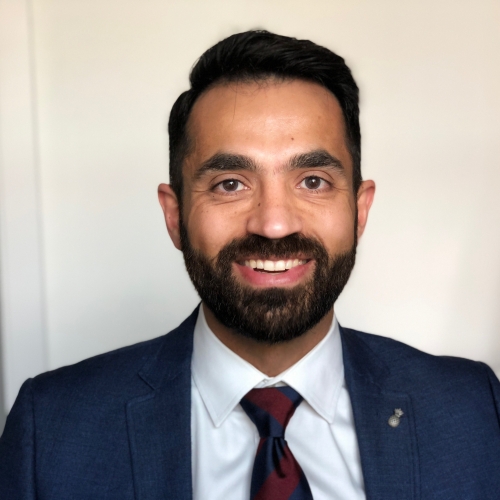 What is a colonoscopy test?

Colonoscopy is a test in which the doctor passes a thin flexible tube through the back passage to have a look at the lining of the large bowel (colon).

The colonoscope is inserted into the rectum. It is then gently passed through the large bowel until it reaches the junction of the small and large intestines. This is called the caecum. The doctor can also often see the end of the small bowel as well (terminal ileum). Colonoscopy provides an instant diagnosis of many conditions of the colon and is more sensitive than X-ray.

Why do I need a colonoscopy test?

A Colonoscopy test is done for a number of reasons which include:

It is worth pausing for a moment to point out that the symptoms of colon cancer may be vague.

You have probably seen the government’s ‘Be clear on Cancer’ campaign. You will remember that if you have loose stools for more than a few weeks and particularly if you have rectal bleeding you are advised to see your doctor. You may well be recommended to have a colonoscopy, particularly if you are over a certain age. The actual age cut-off depends on various other things such as whether you have a family history of polyps or colon cancer or whether you have other symptoms such as weight loss or abdominal pain.

Please rest assured however, that the vast majority of people who have a colonoscopy do not have colon cancer. More than one in five will, however, have colonic polyps and these can be successfully removed at the same colonoscopy without the need for any further procedures.

Preparing for a colonoscopy

If you are about to have a colonoscopy, it is important to ensure that you are prepared for the procedure. Your gastroenterologist at the London Clinic will provide instructions on what to do, which will probably include taking medication and changing your diet.

Medication before your colonoscopy

Clearing out the bowels before the colonoscopy will ensure that the gastroenterologist gets a clear look at your gut. You will usually be given a laxative to take the day before the procedure. It should help you to empty your bowels before the appointment. Make sure that you understand your doctor’s instructions on how and when to take this medication. After you take the medication you will need to stay close to a toilet and drink plenty of fluids to prevent dehydration.

You should inform your gastroenterologist if you are taking any medication before you have a colonoscopy at the London Clinic. The doctor may advise you to stop taking medication that could affect blood clotting. You may also need to avoid taking iron tablets as these can darken the lining of your bowel making it difficult to get clear pictures during the colonoscopy. However, make sure that you check with your doctor before stopping your medication.

Eating and drinking before a colonoscopy

In addition to taking a laxative, you will also need to change the way you eat and drink in the days before your colonoscopy at the London Clinic. In order to ensure that your bowel is clear when you have the procedure you should:

Your doctor will provide more guidance on what to eat and how to prepare for your colonoscopy. It is important to follow these instructions careful in order to get the best result from the investigation.

What happens during the procedure?

For most people, colonoscopy is done with a small amount of sedation which makes them somewhat drowsy. They are not completely asleep but they have very little recollection of the procedure when it is finished.

We routinely check our patient’s level of comfort throughout the procedure. In the vast majority of cases, there is either no discomfort or only very minor discomfort. More sedation and painkillers can be given for people who find the procedure very uncomfortable.

We do not recommend general anaesthetic for the majority of patients as it is simply unnecessary and actually can make the procedure more difficult to perform. Having a general anaesthetic means the person sleeps longer and may take more time to get back to their normal activities.

We are, however, very careful when inflating the colon to look for abnormalities such as polyps, to use carbon dioxide (CO2) to insufflate rather than using air. Carbon dioxide is much more quickly reabsorbed into the body than air so patients have far less discomfort due to trapped wind than in other endoscopy units that do not have this enhanced facility.

Imaging at endoscopy
Not surprisingly, high quality endoscopic instruments mean a higher diagnostic yield. Our consultants are experts in looking for small abnormalities which may be difficult to detect. They are supported by having excellent colonoscopes available at the top central London private hospitals in which we work. An internationally rated colonoscopist is expected to find meaningful polyps in at least 20% of patients examined. Our experts pride themselves on reaching or exceeding these targets and audit their findings on a regular basis.

If a polyp is found (see below), it can almost always be removed at the same sitting. If the polyp is more than 1 cm in diameter, it is getting quite large and sometimes large polyps are not removed at the first colonoscopy. Instead the patient is invited to come for a second colonoscopy where specialised treatments are performed. In rare cases, polyps must be removed by surgery rather than at colonoscopy.

What happens after the procedure?

If you have sedation, you will not be allowed to drive until the day after colonoscopy. You may feel some tummy discomfort after colonoscopy. In the majority of people this disappears within a few hours once they have had something to eat.

What are the findings at colonoscopy?

The commonest finding at colonoscopy is a completely normal colon even in people with relatively troublesome symptoms.

Diverticular disease
This condition is particularly common in elderly people. It is due to the formation of little pouches in the wall of the colon. These are usually but not always on the left side. Diverticular disease seems to run in families. It may be associated with one or more of the following symptoms:

There are three different types of inflammatory bowel disease (IBD for short). These are:

Each of these types of IBD presents in a very different way to the doctor and has different treatments. The crucial thing, however, is to recognise the abnormality and to get the diagnosis correct.

Colonic polyps
Polyps are small growths inside the wall of the colon. If left untreated, some of them may become cancerous. There are many types of polyps and the classification can be quite confusing.

Type of polyps
Most polyps, particularly very small ones, never become cancerous. The commonest type of non-cancer forming polyp is called a hyperplastic polyp. These polyps are often recognised very easily by their size, shape and the typical surface architecture, when examined by high-quality colonoscopy. They may be safely left alone and not removed if the expert colonoscopist is certain that they are hyperplastic.

The more important type polyp is called adenomatous polyp. This type of growth has a cancer risk which depends on the size of the polyp and the nature of it.

Tubular and villous adenomatous polyps
Now we are getting into some small print. The gastroenterologist is to work closely with the consultant pathologist who will examine the specimen removed at colonoscopy under the microscope. Once again we are very privileged to be working with internationally renowned pathologists, so that the quality of the interpretation of our findings is of the highest level.

All adenomatous polyps will have either a tubular shape which means that they form beginnings of tubes, or a villous architecture which means that they look more like the villi (finger-like projections) of the small bowel. Tubular adenomas have the lowest risk of developing into cancer. Villous adenomas have a rather higher risk. Some adenomas are halfway between and have tubulovillous characteristics.

Choosing your consultant and location

Obviously one does not want to have more than a single procedure if possible and therefore, it is wise to choose an excellent colonoscopist working in a centre of excellence that has all the correct state-of-the-art facilities available. At the London Gastroenterology Centre, all our experts are renowned for their ability to deal with bowel problems and are highly trained in colonoscopy.

To schedule an appointment for top quality private colonoscopy test and procedures in London, you can choose either of these two locations:

Self Pay Patients
At the LGC if you are paying for the procedure yourself, we are delighted to offer top quality colonoscopy at affordable prices.

The average cost for a colonoscopy in a private hospital in the UK is currently up to £2700 according to Privatehealth.co.uk.

At the LGC, we work mainly at the London Clinic, which is one of the premier private endoscopy units in the country. We are pleased to offer colonoscopy to self-paying patients at this hospital for £1925. This includes both the hospital charge and the fee for the consultant.

If you have an endoscopy (gastroscopy) at the same time as the colonoscopy, the charge to self-pay patients works out at £2380.

We also work at other locations. The fees for each hospital vary. Please ask our staff if you would like a formal quotation.

Extra charges
Please note that if biopsy samples are sent to the laboratory for analysis, there is a separate charge. This may amount to a few hundred pounds depending on the number of samples taken and the complexity of the testing. It is often not possible to determine the final price of this until after the procedure.

* We aim for our fees to be entirely covered by the insurance companies so that our patients do not have to pay any excess. We do, however, reserve the right to charge an excess fee to insured patients if necessary.