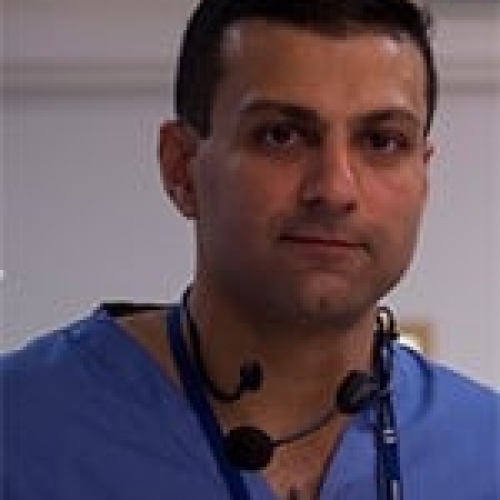 Although GERD symptoms (gastroesophageal reflux disease symptoms) occur in about 10% of the general population on a daily basis, complications are much less common.

People with Barrett’s oesophagus generally have much worse reflux than the average sufferer. What does this mean?

Reflux means bringing the contents from the stomach back up into the oesophagus.
Most people without Barrett’s disease only reflux stomach contents, particularly acid and pepsin (digestive enzymes which help break down the food).

People with Barrett’s frequently reflux more. This includes contents of the bowel as well as the stomach. These contents include bile and pancreatic juices. They are powerful and can destroy almost any food.

The stomach has a strong lining, which is covered with a thick mucus layer. It is relatively unaffected by these juices but it is no wonder they cause problems if they get into the oesophagus!

So when a person with Barrett’s gets symptoms, it is important to think about complications. It is true that these are relatively unusual, but it is worth knowing what to look out for.

Remember what Barrett’s Oesophagus is:

Oesophagitis means inflammation of the gullet. Remember that Barrett’s oesophagus is a change in the type of cells lining the gullet. This usually affects the bottom of the gullet only and may vary in length from 1 to 20cm! In most people this change affects a length of less than 5cm. The Barrett’s lining might be inflamed, but is often not inflamed at all.

Oesophagitis will usually respond to acid suppression medicines but some people will need more intensive therapy.

If oesophagitis is not properly treated, the area may start to become scarred. Extensive scarring will cause a stricture or narrowing to develop. This is uncommon now as the proton pump inhibitor drugs have more or less solved this problem for most people.

If a Barrett’s sufferer becomes aware that food is sticking in the chest, however, there is a chance that a stricture has formed.

Increasing acid suppression treatment might help treat the stricture, but in many cases, the narrowed area will need to be stretched by the doctor.

An acid reflux attack can be really unpleasant, particularly if you have never had one before. At its worst, it resembles a heart attack, with severe central chest pain which goes up into the shoulder. If this happens, you need to go to hospital to be checked. If it is less severe, it can still cause bad heartburn, chest pain, or nausea and even vomiting.

Chest pain due to acid reflux attacks can be almost impossible to distinguish from a heart attack and if it is severe, it needs to be treated very seriously. Nevertheless, there are a few tell-tale signs that the problem is due to digestion.

You may need a heart tracing (ECG) or blood tests to be able to distinguish chest pain due to reflux (also called ‘atypical chest pain’) from a heart attack. If you have chest pains which you are worried about, please call your doctor urgently for advice.

This is the most typical symptom of an acid reflux attack. Heartburn is a burning sensation which starts in the pit of the stomach, just below the bottom of the breastbone, and rises through the chest. It is typically brought on by eating, particularly large or fatty meals. It may also be caused by exercise or bending forward.

Waterbrash means bringing a bitter or acidic tasting fluid into the back of the mouth. Once again, this particularly happens after eating, exercising or bending forward. If it happens at night, the acidic fluid can go into the lungs. This causes a terrible feeling of choking which can last for a minute or two before subsiding. This choking feeling is never fatal but it is very unpleasant. Fortunately, there are good treatments to prevent this occurring. Indeed, this symptom is the one which tends to respond best to antireflux surgery.

Dysphagia means difficulty swallowing. There are many causes but if solid foods get stuck somewhere in the throat or chest before reaching the stomach, this can be due to acid reflux. It can, however, be a sign of oesophageal cancer, so you should see a specialist urgently if this occurs.

An on-going intermittent cough can be due to acid reflux and can actually be the only sign a person has the condition. A reflux related cough responds well to medicines although for some people it can take quite a long time to resolve.

One of the really strange effects of an acid reflux attack is that it can cause the voice to become hoarse.

If the reflux attack occurs in the middle of the night, the person may not even realise it has happened. Instead, they wake up with a hoarse voice which can last for a few days.

If these reflux attacks occur frequently, a person can have a hoarse voice which never gets better. This needs proper investigation and specialised treatment to cure because acid reflux attacks, which present in this way are very difficult to detect.

Do you want more information? Would you like an expert opinion?

Why not have a private consultation with one of our Barrett’s experts. Please tell our staff that you want to see a consultant who specialises in this condition. We will ensure you see the right doctor.